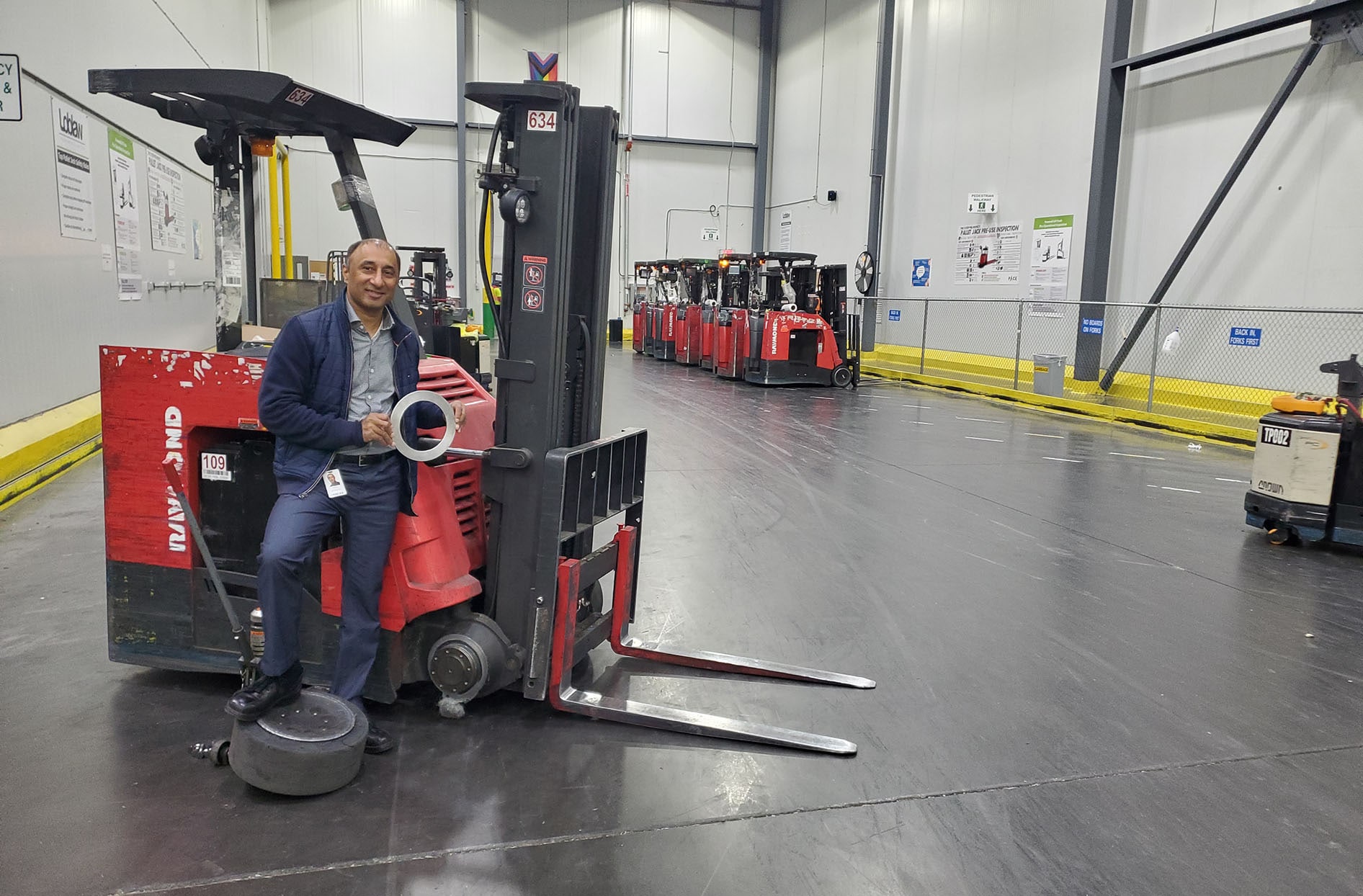 When Adarsh Soomal was a boy and his parents gave him a new toy, he’d immediately start taking it apart to see how it worked.

In 2015, he discovered a significant avoidable cost in the warehouse: plastic wrap was getting caught in the gears on loading machines, melting, and causing drive train units to fail. So he began to investigate how to fix the problem.

“I have a background as a mechanic, and I just can’t accept that there isn’t an engineered fix to a problem,” Adarsh says.

One night, as he sat around the dinner table with his family, inspiration struck. Adarsh got up, grabbed a notebook and pencil, and began drawing—to his family’s confusion. He sketched a small deflector piece that could be added to the loading machine and prevent plastic from getting sucked into the gears.

When he showed his design to the machine’s service provider, they told him they couldn’t create the piece. So Adarsh went to a local machine shop and had a few prototypes made. Then he tested them in the warehouse.

Now, the machine’s manufacturer is adding Adarsh’s part to all of their loading machines. “The service provider jokes that they call it the Adarsh deflector,” he says with a laugh.

Adarsh has always been one to take initiative. After he moved to Canada from India in 1993, he began working in the maintenance department at a Distribution Centre in Vancouver. After a year of driving a scrubber around the warehouse to clean the floors, he wanted a change.

“I got bored,” Adarsh says. “I said to my boss, ‘You’re wasting me here.’ Can I do something more challenging?”

His manager agreed, and Adarsh started fixing doors, batteries, and chargers, and rebuilding motors and drive units. In 2002, he was promoted to manager of the maintenance department. Nine years later, he assumed his current role, which involves the problem-solving that he loves.

“Look at a different way to fix a problem—that’s the way I approach things,” he says.“I always recommend being curious. Ask questions, look at other possibilities.”

Adarsh’s two children, ages three and seven, inspire him in this way. “They ask me questions that I don’t otherwise think about. What is that? Why is something the way it is? They really get me thinking about and looking at the world in a new way.”