April opens up about her mental health 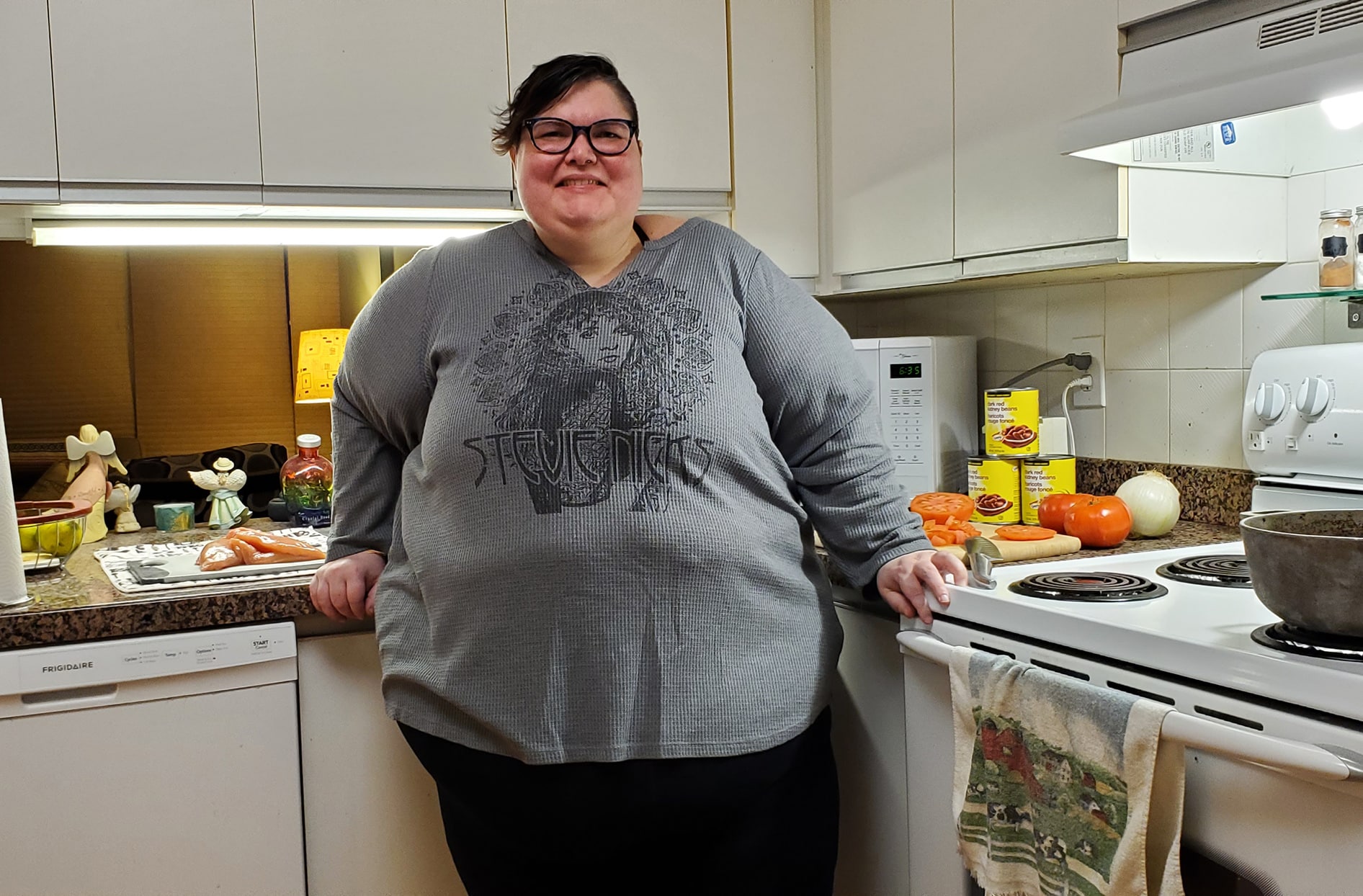 When April Ramhit started working at Loblaw as a Customer Service Specialist, Fresh Meat in 2020, she had already been dealing with mental illness for decades. In fact, she remembers being depressed at just seven years old.

“I experienced trauma as a child, so a lot of it stems from that,” she says. “I was an outgoing kid, but my dad said at a certain point, I became very withdrawn, I delved into books—I just changed, because a lot was happening. I didn’t tell anyone what was going on, but I didn't know how to deal with it.”

So, for a long time, she just... didn’t. In fact, the Michigan native was 24 before she even got a diagnosis—clinical depression—and was able to access care in her home state. But this wasn’t a perfect solution. After a traumatic brain injury from a serious car accident in 2000, April lost six months of memory and didn’t have the right insurance to access proper treatment, which only made her mental health worse.

It wasn’t until 10 years later, after she’d met her now-husband, moved to Canada and qualified for OHIP, that she started seeing a neuropsychiatrist, who told her that she not only had depression, she also had complex post-traumatic stress disorder and general anxiety disorder. These diagnoses have affected her life in just about every way: her mental and physical health, of course, but also her work life and even her family’s finances.

But it has also showed her how important it is to speak out about mental health, thanks in part to the support she has received from her managers and colleagues at Loblaw. “My bosses are amazing. They know everything that’s going on with my health—I don’t feel like I have anything to hide,” she says.

Now 43, April hasn’t ‘overcome’ her mental illnesses—they’re chronic conditions that will likely always be part of her life. In fact, she recently experienced a relapse that required hospitalization. But she feels supported at work and has a robust treatment plan that encompasses medication, dialectical behavior therapy and psychiatry. She also has other tools at her disposal, including Silvercloud, a platform that connects people to medical professionals. She’s currently on the third module of a program in the app that focuses on stress, and though she has learned some of its techniques before, she’s found the reminders really helpful. “I just watched a video on breathing, which sounds simple, but some days you just need a reminder. You’ve got to breathe,” she says.

And she’s ready to pay it forward to other colleagues and employees who might be struggling with their own mental health.

“I want to be an advocate because for so long, I didn’t have anybody to advocate for me,” April says. “I had support, but I still had to fight for myself. Right now, there are a lot of people fighting for themselves, and I don't want them to have to fight so hard.”