Brian is out, confident and proud 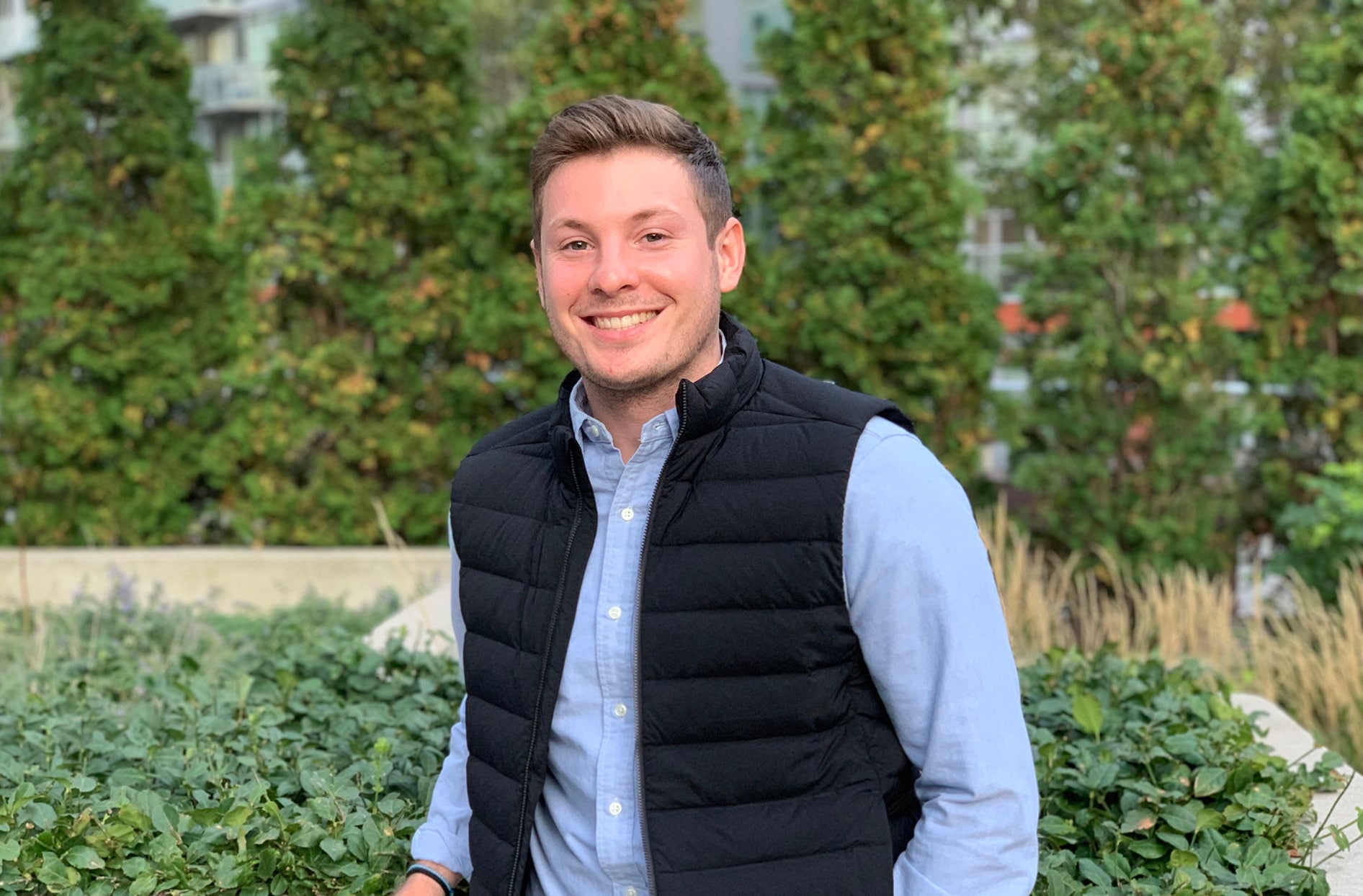 Brian Rickert grew up surrounded by traditional masculinity. For years, he played competitive hockey, and in high school, he joined multiple sports teams. But during his teen years, he started to feel like he wasn’t being his authentic self—he was trying to fit a mold of who he thought he should be.

“In sports culture, I didn’t know how accepted gay people were, and that was something I struggled with—where can I find my fit in some of these groups that I've known for my whole life?” says Brian, who’s now a Marketing Specialist for the Loblaw Digital Shoppers Drug Mart® e-commerce team.

Throughout high school, Brian kept his sexual orientation a secret. He didn’t see or know many openly gay people, so he felt like an outsider. But when he started studying at the University of Waterloo, things began to change.

“I started to see a whole bunch of people who were living their true selves and being so confident in who they were,” he says. “That was really empowering for me. I wanted to strive to have the same confidence in who I was.”

Brian first came out to himself. “I started to feel actually proud of who I was as opposed to feeling like it needed to be kept a secret forever.”

Then he came out to his parents and some close friends, and everyone responded positively and supportively. “I feel really thankful for that,” he says.

Brian’s journey influenced his career path. He completed five co-op placements—including two at Loblaw Digital—and each time, he wondered how accepting the workplace would be.

“As I moved into a full-time position, it was important to me to work somewhere I’d feel empowered to be me and not feel like I needed to hide who I was around certain people.”

He found that here.  During his co-op terms, Brian was pleasantly surprised to see several initiatives in place to support 2SLGBTQIA+ colleagues and employees, as well as the overall culture of inclusion and acceptance.

In April, he accepted a full-time position with Loblaw Digital.

“When it comes to meeting new people here, it doesn’t feel like I need to come out to them—I can just be myself.”

Brian hopes that, in the future, people don’t feel the all-consuming worry about coming out that he did. Ideally, in the future, someone’s sexual orientation isn’t a big deal at all.

“I always wondered whether I would even have the confidence to come out,” he says. “I put so much pressure on myself about how people would respond, and I think it would be amazing if people could just know in their minds that it’s not a big deal—that they can be who they want to be. As I grew and matured, I definitely saw that I could be the person I wanted to be without needing to fit any sort of norm.”

October 11 was National Coming Out Day.