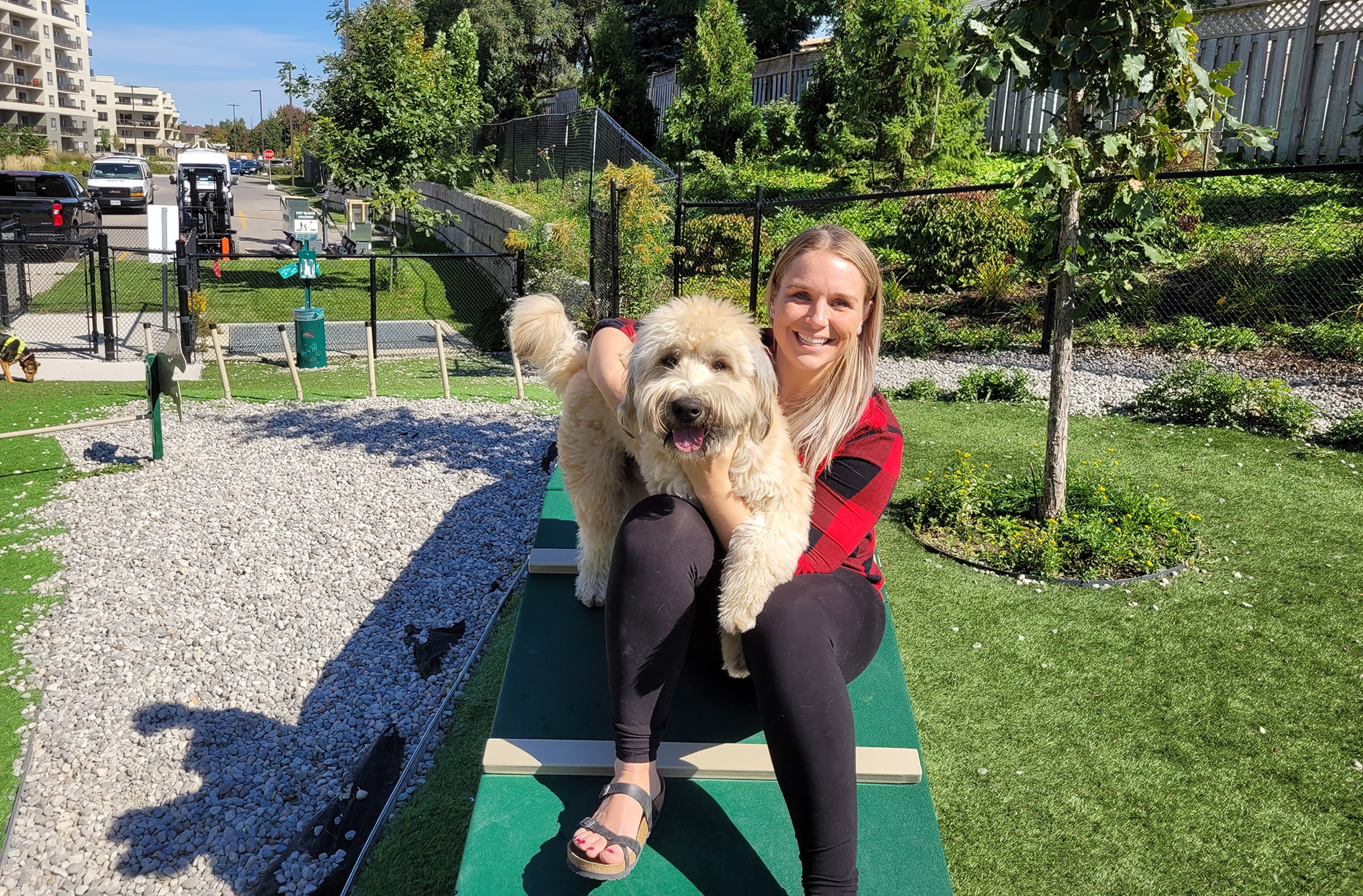 If you’re struggling with your mental health, Caylyn Booth wants to let you know that you’re not alone.

“Reaching out for help is not a weakness,” says Caylyn, a Senior Human Resources Business Partner at Loblaw. “It’s one of the hardest things to do—it takes so much courage and strength to put your hand up and say, ‘I can't do this by myself.’ I wish someone had told me that.”

October is National Disability Employment Awareness Month and Mental Health Awareness Month. One in five Canadians experience a mental health issue, and many will be scared to speak up.

After years of keeping her anxiety hidden at work, Caylyn now believes it is important to tell her story to let others know that it’s okay to share that sometimes you are not okay.

During Caylyn’s first four years at Loblaw, she worked on the road, driving to 14 Zehrs® stores in her district. Her anxiety was intense, but because she didn’t work in an office, she was able to keep it hidden.

In 2016, she began working at Loblaw’s head office and realized some symptoms were showing up at work and her colleagues were going to find out what was going on.

“I realized how often I was asking for reassurance, because I was overthinking and second guessing myself,” she says. “It was like I was throwing out a lifeline—I felt like I was drowning.”

“Being found out by others at work was my biggest fear. I didn’t want to admit I was struggling and thought I could fix it on my own. It can make you feel so alone.”

During one of her worst experiences with anxiety, she felt unable to tell her boss.

“Here I was, supporting people as a Human Resources Manager and encouraging them to speak up if they’re struggling and I found myself unable to do the same,” she says.

This was when she truly realized the power of stigma.

Caylyn slowly started to share her journey and explore different treatment options—she now has many tools she finds helpful when she's having a bad day.

“During the pandemic, I’ve connected with a lot of people who’ve been experiencing mental health obstacles. It’s helped me on my own journey to let them know that they’re not alone. It’s made me recognize that the only way to remove the stigma is to share when you’re struggling and that it’s okay to do so.”

Like many illnesses, mental health challenges can show up in different ways. High-functioning anxiety, for example, might look like saying yes to everything, working extra-long hours, or being a perfectionist.

Within Loblaw, the culture shift over the years has helped her feel more accepted for who she is.

“There is such a fear that holds people back from saying something, and I was caught in it. We have to speak up, be vulnerable and show empathy when we can.”