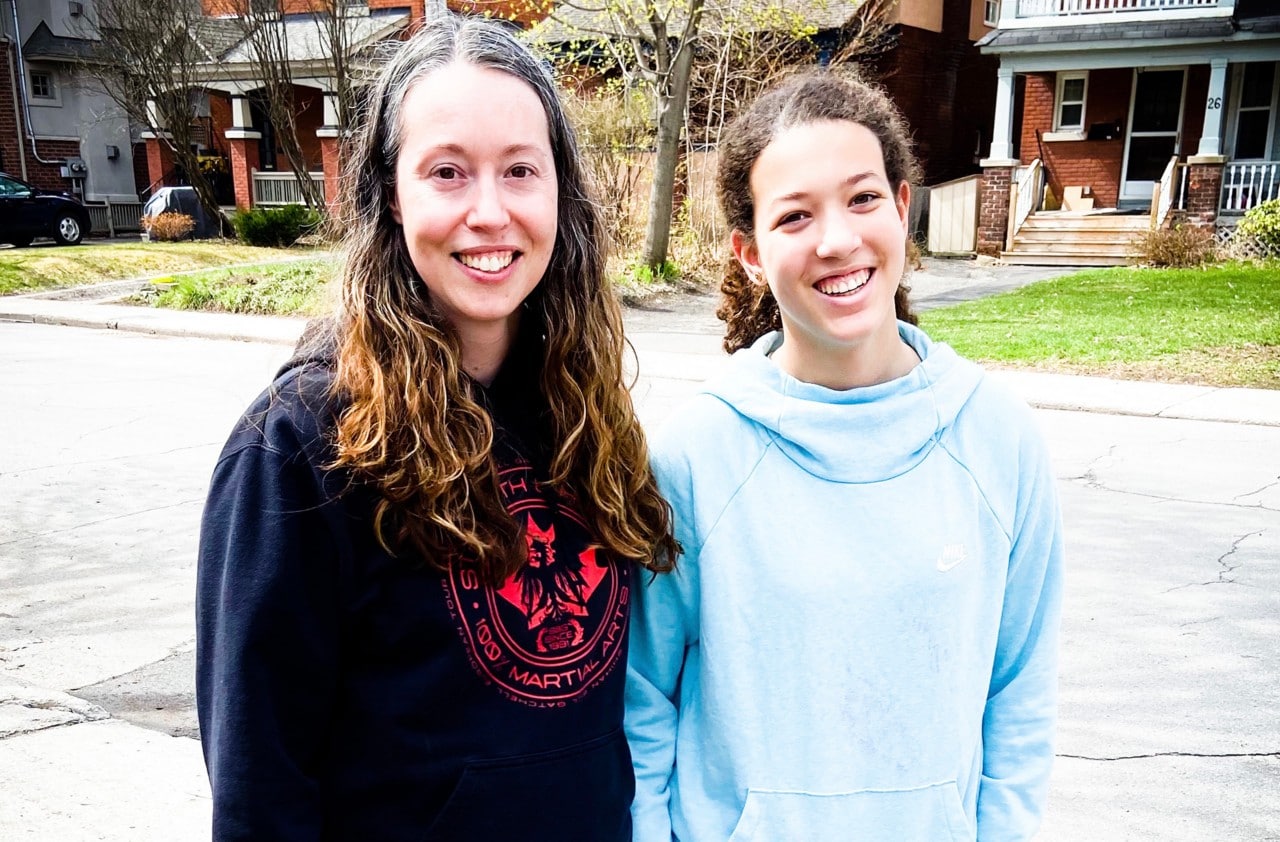 When her 13-year-old daughter, Nafisa, started spending more time in her room, sleeping more, and coming home from school exhausted, Pharmacy Operations Specialist Christa Wasko put it down to two normal causes: being a typical teenager, and pandemic fatigue. All of that changed this past winter when, what began as a stomachache one morning, turned into a month-long absence from school.

Normally an outgoing and social kid, Nafisa grew up constantly at the centre of a large group of friends. She loved to draw, paint and play sports. And she rolled with change – whether it was moving away from Christa’s family in Manitoba as a preschooler, or moving from Ottawa to Trenton, Ont., at age 11.

Often on the road for her job supporting Shoppers Drug Mart® pharmacies across eastern Ontario, Christa had a morning routine with Nafisa: they’d video chat while Nafisa got ready for school, then catch up on the day over a family dinner.

For a few weeks, Christa had noticed Nafisa was often too tired to chat after school and had been asking her if she really needed to travel for work. One morning, when Christa called from work nearly three hours away in Ottawa, Nafisa asked to stay home from school, complaining of stomach issues. The pattern continued until Nafisa started refusing food, and eventually Christa couldn’t even coax her out of bed. “I just didn’t realize how bad it was,” Christa recalls.

Torn between supporting our pharmacies with a massive region-wide COVID vaccination effort, and getting to the bottom of her daughter’s behaviour changes, Christa called her manager, VP of Operations Tracey Dell.

“At that point, I felt like I was failing at work, failing at life, and failing my daughter,” Christa says. “So, I was overwhelmed by Tracey’s response:

"She told me to take the time to be with my daughter – that I was exactly where I needed to be. She found a way for me to continue providing support from home, so I could help the team and help my daughter.”

After a series of appointments – including a tough conversation with their family doctor about self-harm risk, and a test to rule out a hereditary thyroid condition – Nafisa was diagnosed with depression. From that point on, the conversation changed. “Depression is a serious medical condition,” says Christa. “It needs to be treated just like any other medical condition.”

Getting to the root of the problem has helped Christa to better support her daughter. In addition to medication, Nafisa has been learning techniques like “five things” – a mindfulness exercise that helps to refocus energy and restore calm. It’s a trick Christa coached her through when Nafisa was so anxious about returning to school that her teeth started chattering and she couldn’t stop crying.

If there’s one tip Christa has for other caregivers going through a similar experience, it’s to be open to listening, talking and asking for help. “Talking openly about depression has helped us both to be really open about treatment. I know it’s going to be long road for Nafisa, but she’s taking baby steps, and she’s willing to get help,” says Christa. “The more people I talk to about my experiences as a parent, the more I learn that I’m not alone. Many other people have gone and are going through this, and I’m grateful to know that I have support from my team.”

For more information, go to the Mental Health hub on Shoppers Drug Mart, or the PC Health app.