Jody reflects on her Métis identity 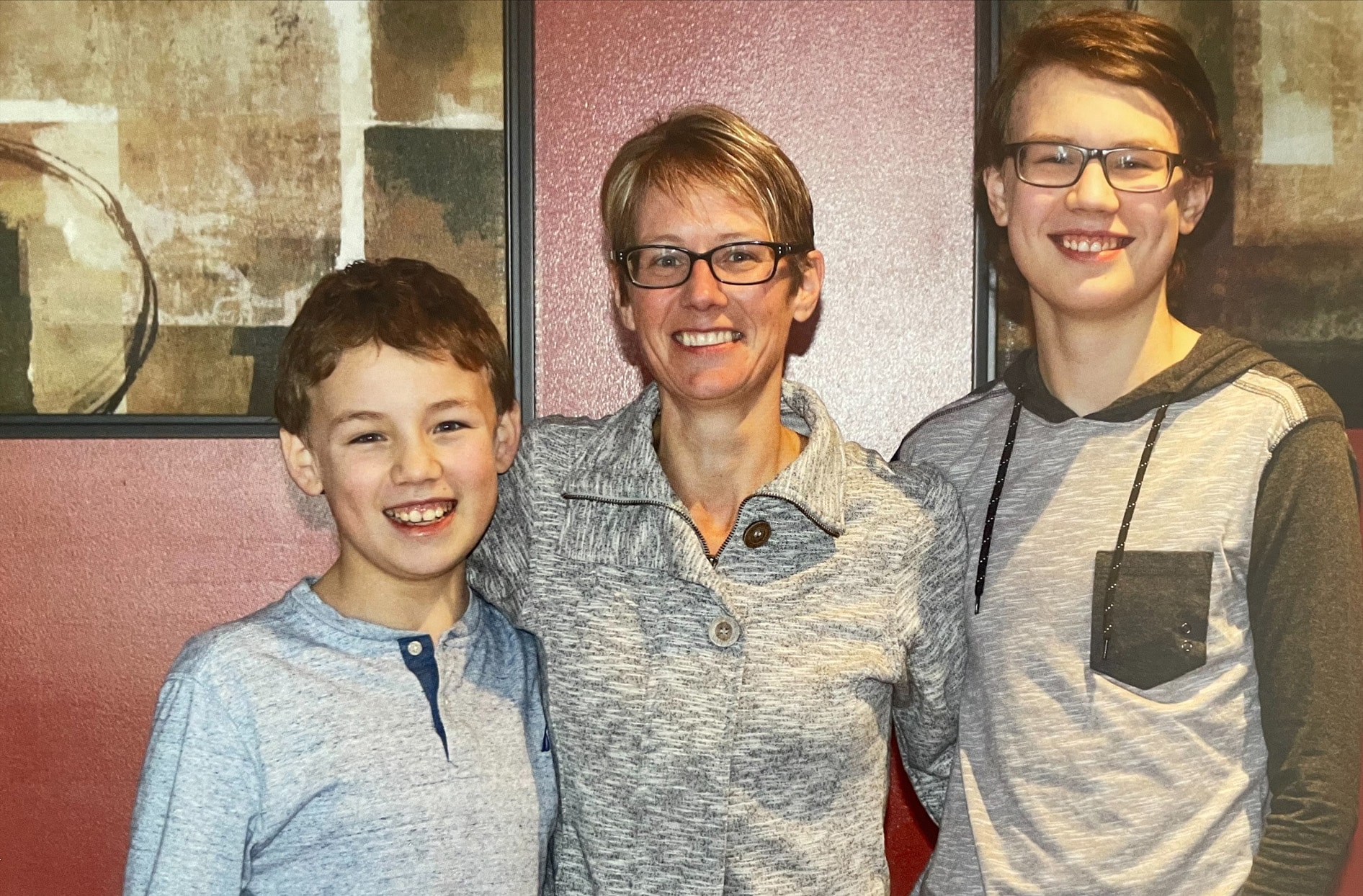 Growing up, Jody Lussier knew everyone in her small town in rural Saskatchewan. Back then, St. Louis was home to just five or six families—all Métis, including Jody’s.

“We’d joke that we had our own small-town slang,” she says with a laugh. “If you were going to the store, you’d say, ‘I’m goin’ to the store me.’ People would say, ‘Oh, you’re speaking with your Métis slang again.”

Despite this, Jody didn’t grow up exposed to Métis culture. Her grandmother didn’t embrace or explore her Métis identity, and Jody’s father didn’t either. But Jody’s great-aunt—her grandmother’s sister—is the opposite. For decades, her great-aunt, Doris, taught and shared Métis culture and language in communities across northern Saskatchewan.

“I’m proud of my great-auntie,” Jody says. “Today, very few people speak Mitchif, the Métis language. It’s nearly forgotten. Elders like my great-auntie are trying to bring it back.”

Jody’s two sons spend some time with Doris, as well as with their father’s mother, who’s also heavily involved in promoting Métis culture.

“I joke sometimes that my kids are more Métis than I am, since their dad’s parents are both Métis whereas only my father is,” Jody says.

Despite her ancestry, she says people often don’t see a Métis person when they look at her. “I’m fair-skinned with blonde hair, and I think the stereotype persists that Indigenous or Métis people always have darker skin or dark hair.”

Jody still lives in her hometown of St. Louis and works as Store Manager at the Real Canadian Wholesale Club® in Prince Albert, about a 20-minute drive away. The area is rich with Métis history—the famous North-West Rebellion of 1885 happened nearby, during which Métis and First Nations people led by Louis Riel battled the Canadian government.

“I still see a lot of racial profiling of Indigenous people in my community,” Jody says. “I want that to change.”

She also wants Canadians to know that all Indigenous Peoples aren’t the same and that identity means different things to different people.

“My great-auntie has been a champion for the Mitchif language and is very connected to her roots, whereas some of my family members don’t identify strongly with the culture. But we’re all still Métis.”