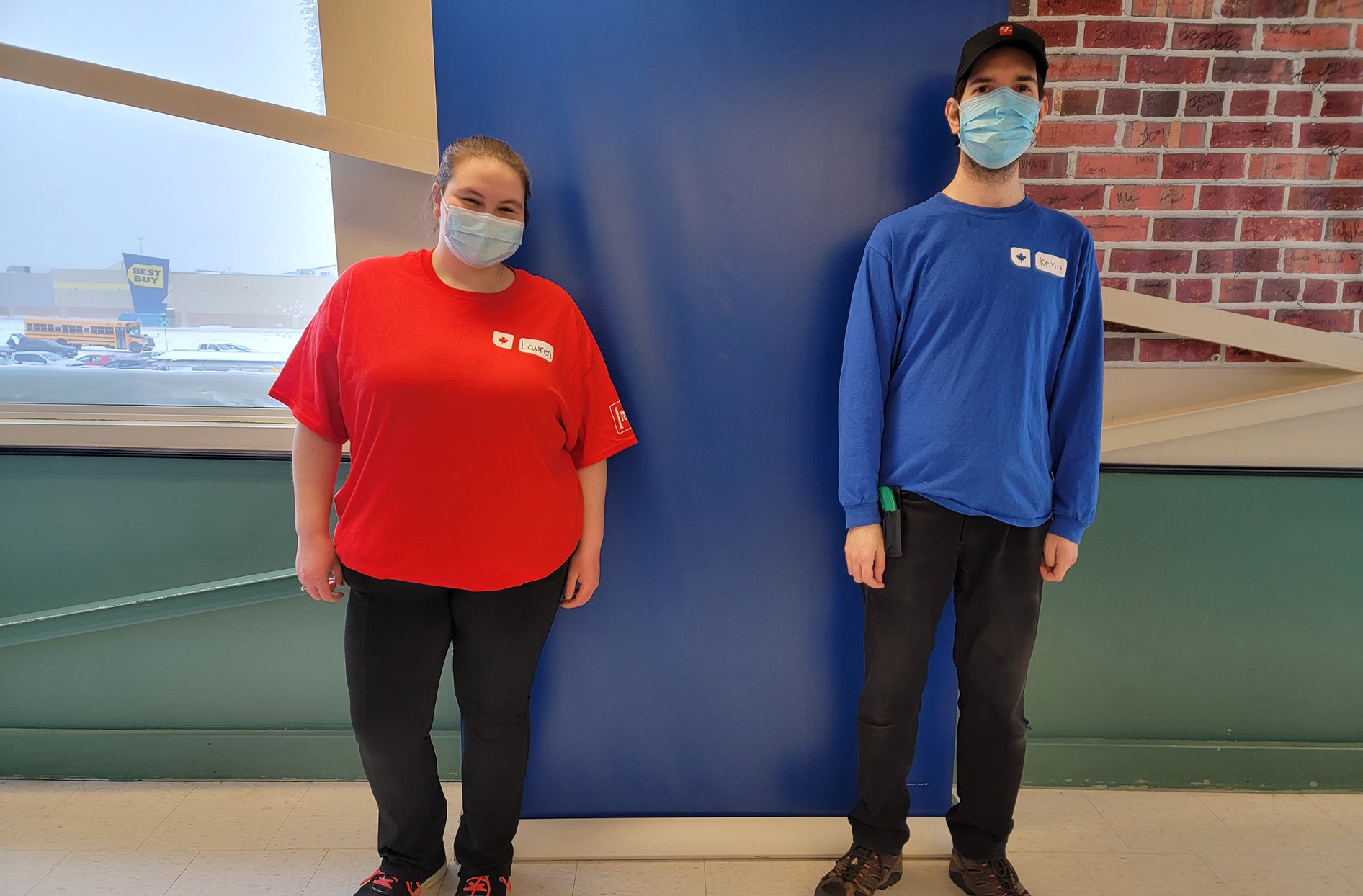 When Lauren Allard heard that her store would be recycling old colleague T-shirts, she was thrilled.

“I love recycling,” says Lauren, a replenishment clerk in the grocery department at a Real Canadian Superstore® in Winnipeg.

In the seven years she’s worked for Loblaw, first at Extra Foods® then at Real Canadian Superstore, she’d gathered about 150 promotional shirts. “I had garbage bags full of them in my closet, in the den, in the garage,” she says.

So, Lauren brought the shirts into her store and deposited them into a large recycling bin. They’ll be given new life: transformed into stuffing for dog beds, home furnishings, and insulation.

Loblaw’s T-shirt recycling program started in 2020 with a pilot of 19 stores. In 2021, it rolled out across the Real Canadian Superstore banner, to 122 stores, and it’s likely to expand to even more in the future.

“It’s a great opportunity for colleagues to get rid of all their old shirts,” Lauren says. “I’m all for initiatives that encourage people to recycle.”

Clearing out her closet wasn’t the only perk for Lauren—she was also entered into a contest to win 100,000 PC OptimumTM points in the Corporate Social Responsibility Yammer group. In December, she found out she and her colleague, Kevin Carman, were two of the five national winners.

Kevin, who’s also a grocery clerk, recycled a handful of shirts through the program. “Something like this really helps the environment in the long run,” he says. “Colleagues won’t feel the need to throw away their old shirts anymore.”

Caring for the environment is important to both him and Lauren—they recycle, reuse, and compost as much as they can.

“We’re facing so many issues today, like global warming and climate change,” Kevin says. “If everyone can do their small part to keep things out of the landfill, that will go a long way.”