Paul helps the hard of hearing 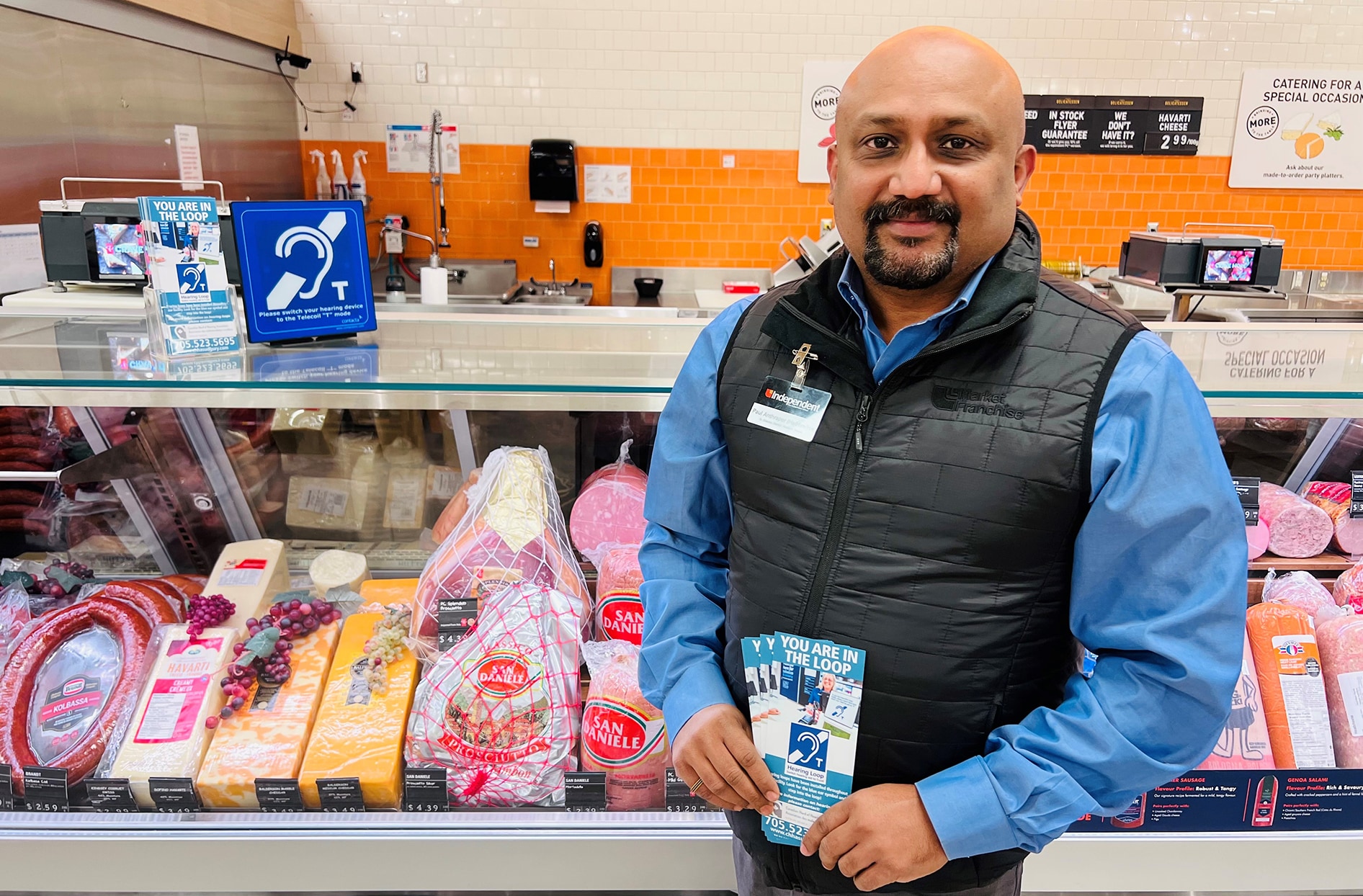 At five Your Independent GrocerTM (YIG) locations in the Greater Sudbury, Ont., area, people who use T-Coil hearing aids can now hear better at checkouts and service counters.

It’s all thanks to a new technology, installed as part of a partnership between the Canadian Hard of Hearing Association (CHHA) and Paul Anthraper, District Manager of Market Franchise in Northern Ontario.

A hearing loop transmits sound via a wireless signal that a hearing aid with T-Coil picks up, cutting out background noise and amplifying the colleague’s voice. To use the technology, people who use hearing aids simply have to ask their audiologist to activate the telecoil in their device. There is also accompanying signage and brochures around the stores to let customers know how to activate their T-Coil.

The partnership came about due to COVID-19. Before March 2020, the CHHA regularly had volunteers sell tickets at Paul’s stores for one of its fundraisers. But when the pandemic hit, cashiers began selling the tickets instead to assist, so volunteers could avoid coming into the store.

Then, in March 2021, the CHHA approached Paul with an idea: Would Your Independent Grocer locations consider installing hearing loop technology for shoppers who were hard of hearing? With glass barriers and masks, the pandemic presented new challenges for people with hearing issues. Lip-reading became impossible.

Paul was keen. “Immediately, it was a success,” he says. “It has helped people’s communication immensely, and it’s a great fit with our ABLE pillar, which is focused on finding ways to make our workplace more accessible.”

Hearing loop systems aren’t used much in Canada yet, Paul says, but they’re common in Europe.

“Our team of retailers will support any initiative that helps customers,” he says. “This is a way to improve the in-store experience, and a way for us to connect better with customers with hearing aides. Inclusivity is so important.”

At first, the loop technology was installed in just two of Paul’s stores. Now, five have them, in Sudbury, Espanola, Lively and Hanmer. Paul intends to expand to even more stores in his region in 2022.

Because hearing loss affects more than 10% of Canadians—and likely more in mining communities like Northern Ontario—Paul thinks it’s worth it.

Since the technology has been installed, local audiologists have had patients coming into their clinics daily, requesting telecoil activation. As the CHHA puts it: “If you loop it, we will come.”

The association has helped promote the fact that these five stores offer the inclusive technology, and Paul says customers are thrilled—it cuts out any embarrassment or confusion they may have felt otherwise.

The word has spread to the west where another Your Independent Grocer location in Edmonton, Alta., has worked with the CHHA to implement the system. “Slowly, it’s gaining momentum,” says Paul. “This is going to have a far-reaching effect in us being a more inclusive place to shop.”

®/TM Trademarks of Loblaws Inc., used under license. © Loblaw Companies Ltd. Mastercard® is a registered trademark of Mastercard International Incorporated.  President's Choice Bank is a licensee of the mark.