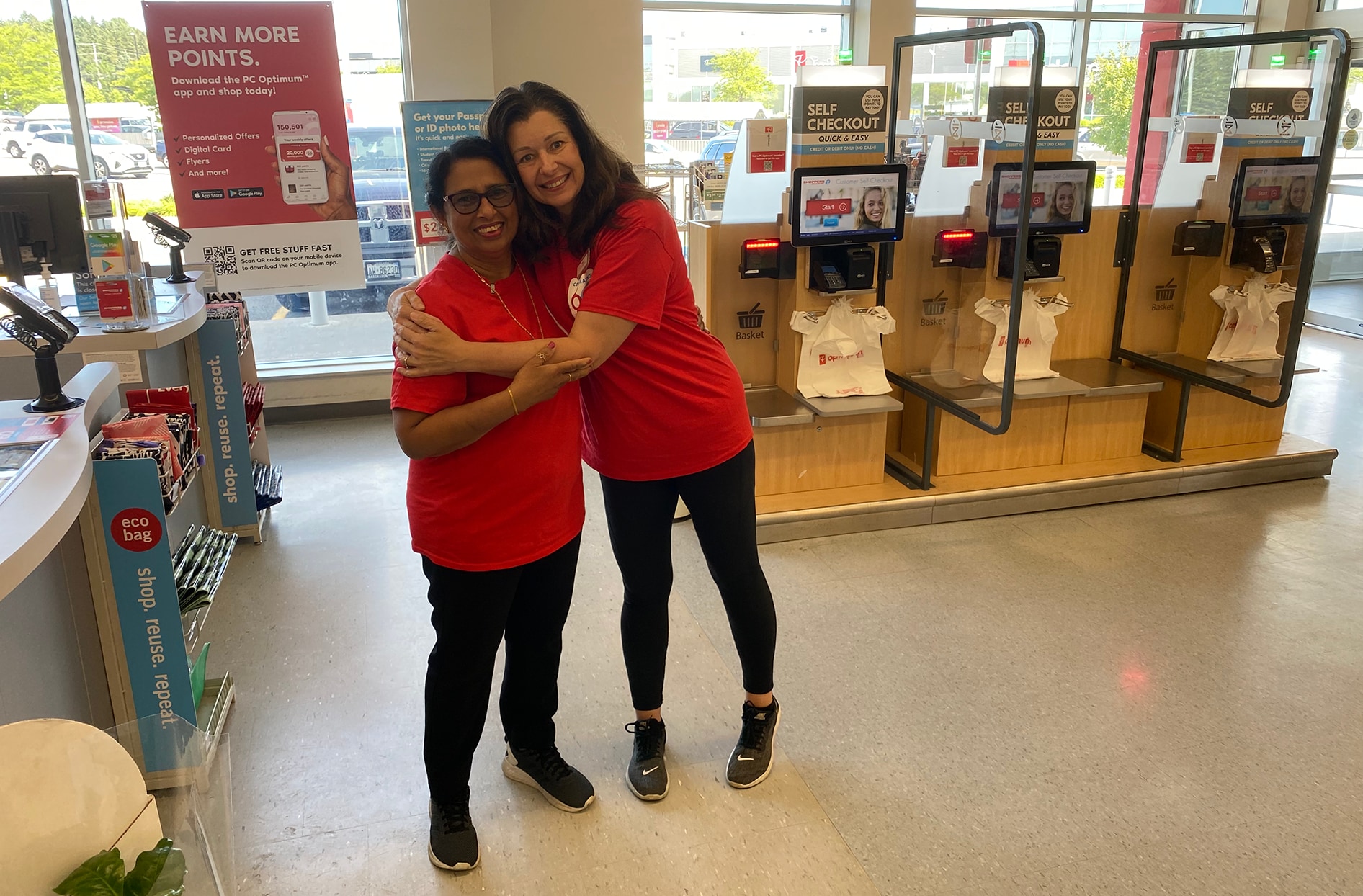 At a Shoppers Drug Mart® in Ottawa, Tina Yeomans and her co-workers are like family. Many have worked there since the store opened five years ago, and together, they celebrate birthdays, go out for dinner, have game nights, and go bowling.

“I think that we all just enjoy being there and it’s fun,” says Tina, who’s a part-time supervisor at the store. “We’re all really good friends and I enjoy going to work.”

This is why, when Tina learned that her co-worker Linda’s daughter was dealing with kidney failure, she began to think about how she could help. She did some testing to see if her blood type matched that of Linda’s daughter, and whether one of her healthy kidneys might be a suitable match.

“I adore Linda and, as a mother of two kids, I would be devastated—I just felt for her so much,” says Tina. “I would want someone to do this for my daughter in a heartbeat.”

Tina had surgery last summer to donate a kidney to Linda’s daughter, and it was a success. Her daughter is now healthy, happy, and came by the store in the months after to thank Tina.

“I cried when I saw her,” Tina says. “It was so great to see her doing well.”

The tight-knit relationship between employees at the store translates over to how they care for customers—the team has received awards for highest customer satisfaction in Ontario East for three of the five years the store has been open.

Tina, Linda, and the others recognize many regular shoppers and will chat with them about how their kids are doing and what’s going on in their lives.

“Anytime someone eats a Kinder Egg, we give Linda the toys inside and then if a little kid comes through her checkout, she’ll ask the parents if she can give them the toy,” Tina says. “It’s very sweet.”

She tries to help customers live life well by approaching them with kindness and a smile.

“Especially during COVID, everybody’s going through something,” she says. “I’m a real big talker, so I find if someone’s cranky, you can approach them with kindness and they come around somehow. It’s hard to be grumpy when someone’s smiling at you.”

For her personally, living life well means having a job she loves. She attributes the positive store environment to both the owner and manager, who are encouraging, supportive, and embody blue culture.

"It’s really important to me to work somewhere where you get along with your co-workers, respect each other, and can joke around,” she says.