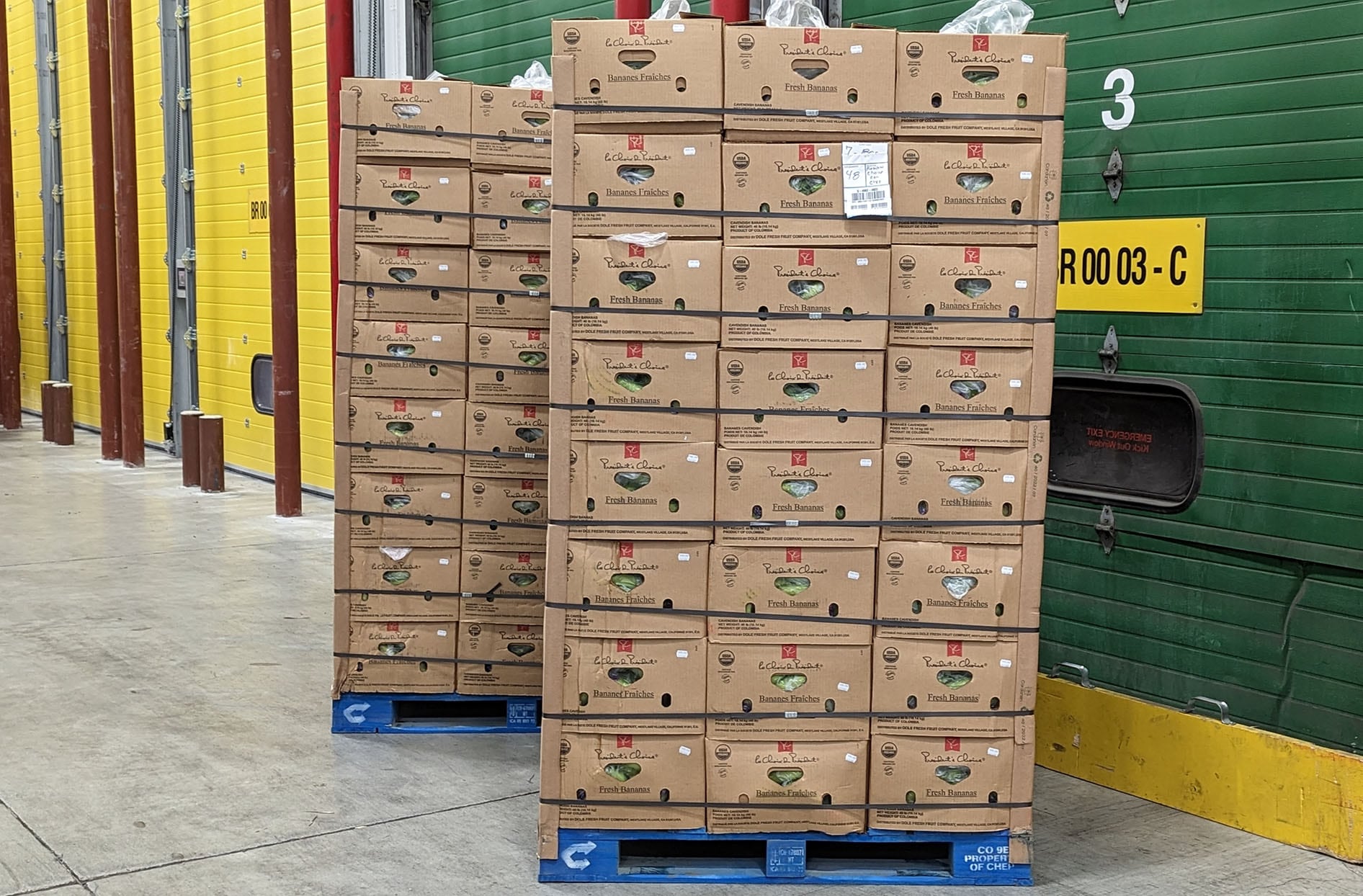 A few months into his new role as Procurement Director of Bananas, Melons, and Tropical, Sebastian Kmiecik was presented with a problem: find an alternative to the plastic cornerboards used in shipping bananas from the tropics.

Cases of bananas arrive in Canada stacked over six-feet-tall on pallets, with a long, skinny piece of plastic holding each corner of the stack in place. Up until this year, when the pallets were taken apart at distribution centres, these plastic cornerboards, which are unrecycable in municipal recycling streams, ended up in landfills.

For years, alternatives to plastic cornerboards on banana pallets were explored, but searches for a viable solution had been unsuccessful. However, in 2022, Sebastian, with support from the produce plastics leads (notable mentions Andrew Worley and Sevag Artinian), managed to replace the plastic cornerboards with a more sustainable solution. He organized meetings with Loblaw’s four banana vendors, and, despite some initial pushback, an alternative to plastic emerged: cardboard cornerboards.

Sebastian and his team started a trial, to ensure that the cardboard cornerboards were durable, supported the cases of bananas through transit, and could withstand the humidity of the tropics.

“When the pallets arrived, everything looked perfect. If anything, they were working just as good, if not better, than the plastic ones.” says Sebastian.

Since then, three of the four vendors have fully converted to cardboard cornerboards, with the fourth converting the last of its banana pallets by the end of the year.

When Sebastian calculated the amount of plastic that had been reduced from the initiative so far this year, he was shocked: “We’ve diverted 208,000 kilograms from landfills this year thanks to this change, which is a little bit heavier than the Statue of Liberty.”

He’s proud of this project —and he’s especially proud of Loblaw’s commitment to the Golden Design Rules, which include eliminating excessive plastics where possible.

“It’s extraordinary how you can make such a big impact,” says Sebastian.“Especially when you work for a companythe size of Loblaw—anything you do, canhave a big, positive impact on the environment. Cardboard cornerboards is just one example– we should all strive to look for more sustainable solutions across the enterprise.”