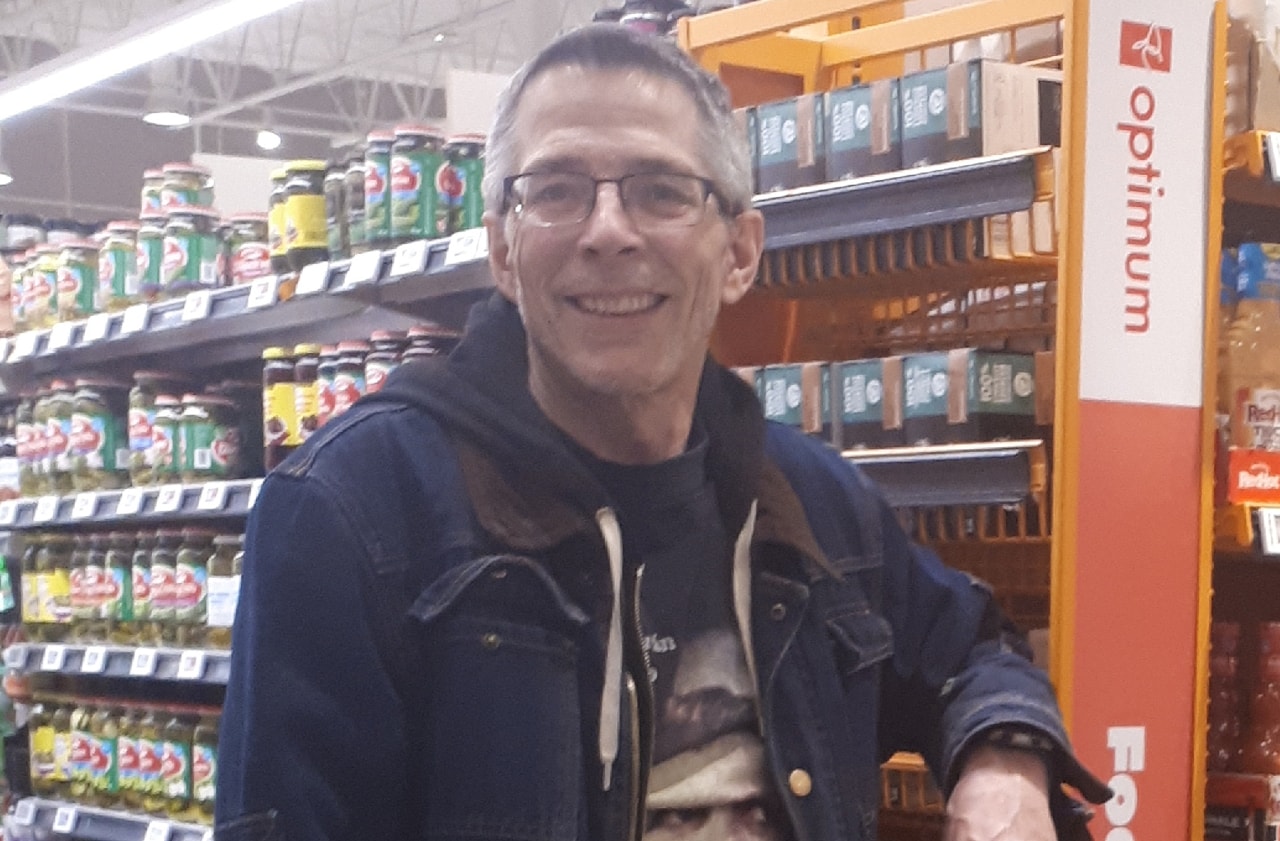 Paul Swiech jokes that his resume could fit on a matchbook cover. In his lifetime, he’s had three jobs: delivering newspapers, bussing tables, and working for the Zehrs® banner — where he’s spent the last 40 years.

He was just 16 when he got a job at a Zehrs store in Kitchener, Ont. His father, who worked as a grocery specialist, helped him get the gig. Back then, you often had to know someone to get your foot in the door.

“I chuckle at the guys I work with now and say, ‘Well, back when I started…’ It’s like when their parents say when they walked to school, it was uphill both ways in the snow.”

Paul started off as a packer, working five to 10 hours a week, and then got another gig to supplement his income: working at the Zehrs maintenance shop in Cambridge, Ont., fixing shopping carts and refurbishing coolers and freezers.

In 1988, he started working nights; back then, it was the quickest way to get full-time hours. Fast-forward 33 years, and he’s still on nights today.

He’d always intended to go back to day shifts, but somewhere along the way, the nights stuck. He likes them: “You come in, you do your work, you go home. Plus, there’s no uniform.”

Paul and two to four colleagues share the store overnight. They do “just about everything,” he says, including receiving, merchandising, and stocking.

In the empty, quiet store, they also listen to music on the radio, and one of Paul’s co-workers likes to sing along.

He’s a hard worker — often the first to arrive for his 10 p.m. shift and the last leave after it ends at 6:30 a.m. He likes to help the night crew chief out too, having worked that role in the past. “I don’t do it because I have to; I do it because I want to.”

That includes helping mentor and train new staff. “The night crew chief gets them to be a Chevette and I turn them into a Ferrari,” he says with a laugh. “I'm not trying to be vain — I just help fine-tune once people get the basics.”

When he’s not at the store, Paul likes to travel (in pre-COVID times), watch educational history and geography shows, and play golf. Working nights can make it difficult to see friends and family, since he’s usually having dinner in the morning and sleeping in the afternoon.

But he wouldn’t trade the nights or the camaraderie he has with his team. “I really like my job,” he says. “I like to have fun but I work hard. I take it seriously.”