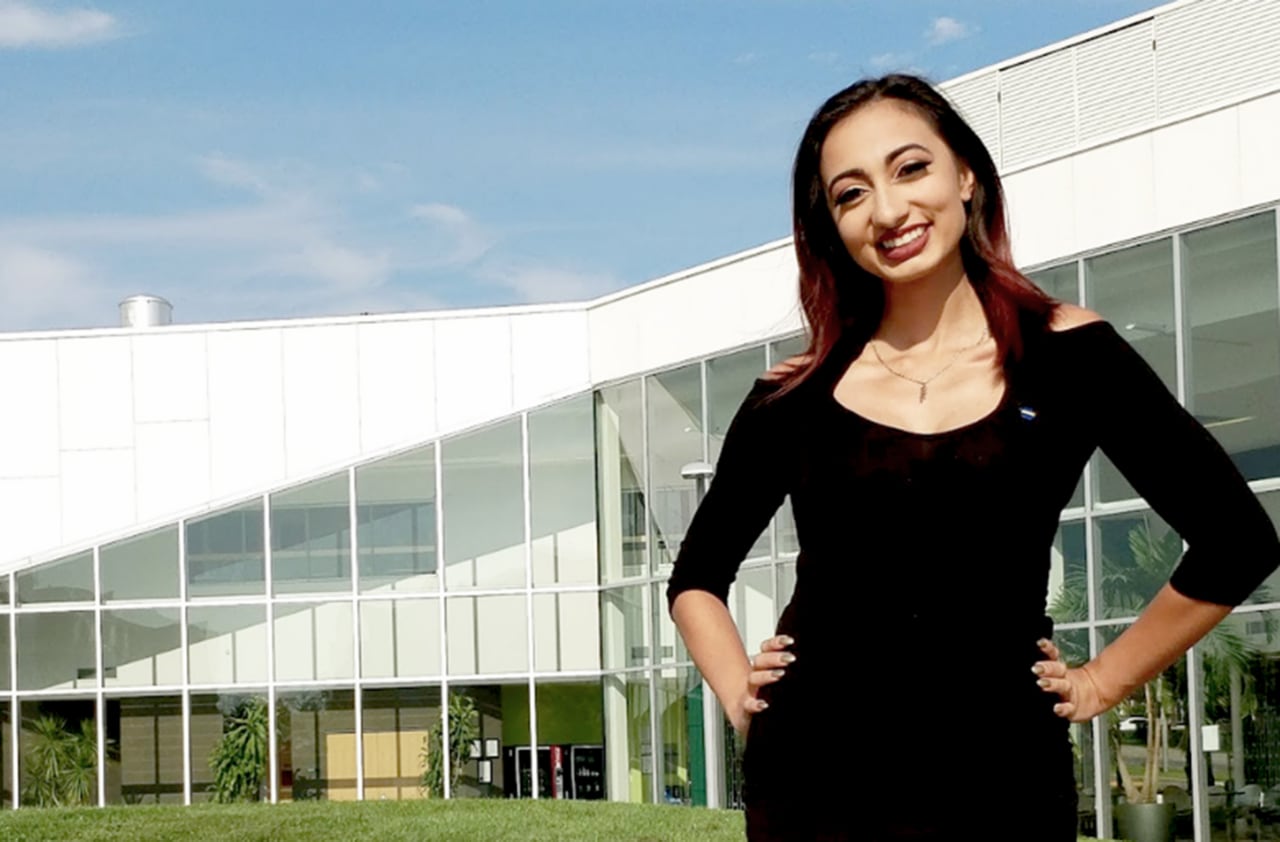 Sophia Wajdie, a Technology Adoption Analyst with Loblaw Technology, discovered her passion in high school — and entirely by accident. Her family had moved from Brampton to Woodbridge mid-year and many classes were full, so she ended up being placed in a computer engineering elective. It was not her first choice.

“I was the only girl in that class, so I was a little bit intimidated, and I wasn’t sure how I’d do in it,” she says. But with the encouragement of the teacher, she decided to give it a try — and soon realized that not only did she love what she was learning, she was good at it, too.

After a brief detour from tech, Sophia switched into a computer programming diploma program at Durham College, then took a bridge program at Ontario Tech University, where she’d eventually earn a Bachelor of Commerce.

“I learned tons of [programming] languages at Durham College, I did some hardware as well and I did really enjoy that side of it. But what I realized after taking that program was that I wanted to be on the IT management side,” she explains, adding that her extracurriculars at Ontario Tech — which included Women in IT, Women in Business, and She Leads — also aligned with her personal mission.

After one year there, she landed a business engagement internship with Loblaw Technology — where Sophia figured out her exact niche.

“In that role, I was acting as a liaison between the business and the IT teams and I really enjoyed it,” says Sophia.

“I'm able to effectively bridge my business background and my technology background together, be someone that's able to understand and translate requirements as well as the overall vision of projects from a unique user-centric lens.”

Sophia enjoyed her first internship so much that she decided to pursue Loblaw for another internship the following year, this time with the Technology Adoption team — which is where she remains, now in a full-time role.

As a Technology Adoption Analyst, she works with stakeholders from IT, store operations, change management and internal communications. “Basically, it’s everything from my background combined into one role,” she says.

Sophia’s thrilled she’s found a career that fits her so well, and stresses that she’s felt endlessly supported and appreciated by all colleagues. But she knows she’s still one of only a few. “It hurts me to see not enough women in this field, because we definitely have the skill sets to be effective and successful.”

That’s why she thinks the Women in STEM event is so important. On Friday, January 15, the technical teams at Loblaw are bringing a virtual summit to women in STEM. It features three high-level executives who will speak about their personal journeys, their work at Loblaw and how they’ve grown within the organization.

Sophia will be attending the event as a member, and she’s also been helping with external communications, including doing outreach to current students, new grads and interns.

“I noticed as I spoke with first-year students, there are a lot more women coming into these programs, so something is working,” she says. “But I just want to keep that pace going. And to do that, we need to keep promoting women, supporting women and be available to all women.”